Water Purification for a Thirsty World

Improved membranes are needed to meet the challenges of economically and sustainably purifying increasingly saline and contaminated water sources around the globe, and this need represents an opportunity for polymer science. Our research seeks to understand how salt ions and other contaminants in water interact with polymer membranes. These interactions are critical for understanding how to manipulate polymer structure to optimize membrane selectivity for water purification applications. 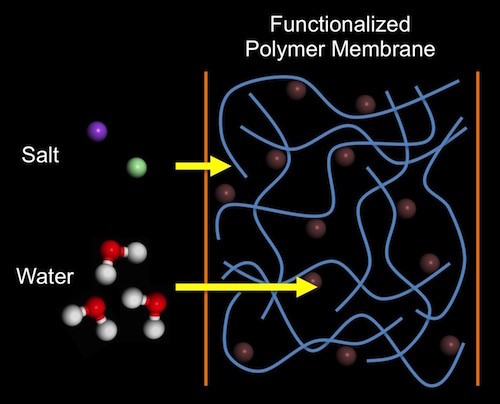